Observations About Kids and Crystals

Some Observations About Kids and Crystals

It’s an interesting exercise being able to watch and make some observations about kids and crystals. We believe that kids and crystals have a natural affinity for each other. Furthermore, many of the kids who are drawn to crystals are natural healers. They also seem to have an innate knowledge of what crystals can do and how to use them.

If you get the chance to engage them in a conversation, they more often than not stagger us with their depth of understanding. As they grow many of them will lead us to a better world.

We believe that the more we allow these kids to follow their instincts; the stronger they will grow and the better off we will be as a society. 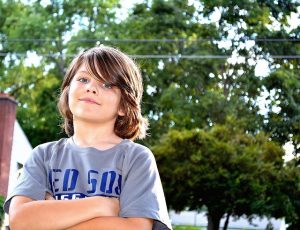 Some of Our Observations about Kids and Crystals.

Over the years we have made a number of observations concerning kids and crystals, albeit that these are anecdotal. Among them are these:

The children given the freedom to select and buy their own crystals, seem to be a whole lot happier than their peers.

Some children are heavily hindered in getting to own their choice in crystals.

What really upsets us is guardians or parents telling a child being they can buy their crystal on the way out, or later, but they never return. I totally loved it one when a young fellow retorted, “For the last three weeks you forgot to come back, so in case you forget again, can we buy it now?” “No, we’ll get it on the way out” he was told. There was a huge lesson in his next response. “Daddy you have been telling me I shouldn’t lie.” Fortunately for the father and the child, he got his crystal there and then.

We get very uptight when the Rambo’s arrive. No matter how many times they are told not to touch, they continue to do so. Unfortunately, and more often than not doing so in a very careless and rough manner.

However, most of them as they arrive, exclaim that this is their favourite shop. Nearly all of them have trained their parents to wait patiently as they make their deliberations. How they make their selections Depends on their age and their particular criteria. It varies from reading the properties of the crystals to their colour or brightness, the energy output, or because of how the crystals feel. Taste and smell are not excluded from the selection criteria either.

These Kids Are Very Clear About What They Want.

A lot of them are very clear on the stone they want, but they have no apparent reason for the selection. They just seem to know on a deeper level and have a firm conviction that this is their right choice in that moment.

We have noticed that many of them are quite caring and concerned about the wellbeing of their friends. Not all of the crystals they choose are for themselves. Frequently they are making a selection to help a friend or relative.

For us, it is a real joy to watch these youngsters and play our role in helping them out with their purchases.

More Stories about Crystal Kids and Crystals and Kids continued.