Are these Real Crystals or Imitation? Is it real?

Are these Real Crystals or Imitation? Is it real?

Are these Real Crystals or Imitation? This is a legitimate question when dealing with some crystal sellers. Sometimes “Is it real?” can also be an exclamation of disbelief that crystals can be so beneficial and beautiful.

We are always surprised when we get asked the question at our market stall, “are they real?” usually referring to the crystals. When children ask, you tend to understand. But we must plead guilty to having some strange thoughts when adults ask this question. One day when I was not in my usual headspace I replied, “No they’re made out of plastic”. Not very charitable!

But, a recent experience may shed some light on a legitimate need for this question. We were visiting a well-known market and a man was selling what he claimed was Amber – jewellery, balls and stones. One piece, in particular, caught my attention, a large ball with insects included, at a ridiculously low price. 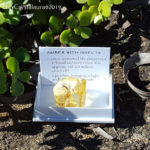 As I stood by I heard him assuring a woman that his Amber was real. Also that it would cure her complaint. He told her his price was cheaper because he imported direct. He also said that others were greedy and charged too much.

I just couldn’t resist. The ball with its insects was just too perfect and if it were real Amber it was way undervalued, even if he did import directly. I was quite certain this was plastic and if so it would have no intrinsic healing properties whatsoever, rendering his claims outlandish and false. I had to step in and ask “Is this real Amber with proper healing powers or is this imitation amber meant for decorative purposes?”

In other words “Is it real?”

This was his chance to come clean and say it was plastic. That’s why I phrased the question as I did. Instead of redeeming himself, he chose to berate me and insist I didn’t know what I was talking about. He was most insistent that I leave his area.

Instead, I placed some money on his table and took a small piece. Borrowing a lighter from a nearby smoker I lit the amber, this would quickly reveal the truth of the matter. Melting or burning plastic and Amber smell very differently and are easily discernible.

I simply made a loud statement of fact “This is plastic” and walked away. I am not the police and it is not my job to do anymore about it. The market operators say they have a policy regarding counterfeit products, so hopefully, they will follow this up.

Fake and imitation products have no place in legitimate crystal supplies unless they are clearly being sold as decorative items.

However, do not confuse these with enhanced or so-called ‘manmade’ products. Crystals like Aura Quartz, Goldstone and Bismuth contain all-natural elements and still maintain energy vibration and healing properties. In fact, their energies are often improved, hence the word enhanced. 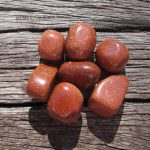 For instance, Copper and Quartz are combined in Goldstone to create a new stone with its own unique and sparkling properties. If you compare the energy field of a piece of natural Quartz with a similar-sized Aura Quartz, created by fusion, you find the latter to be considerably larger and stronger. Bismuth requires zero gravity to grow its distinct lattice, which can be provided in a compression tank.

In these cases there is no imitation, but rather, using or combining natural elements to create a new crystal.